Oxygen bottles and acetylene bottles should be kept at a distance of 10 meters from the hot spot during construction work. The distance between the oxygen bottle and the acetylene bottle should be kept at 5 meters or more. The length of the primary wire (ground wire) of the welding machine should be less than 5m, and the length of the secondary wire (weld wire) should be less than 30m. Wiring should be firmly crimped and a reliable protective cover installed. The welding line should be double-lined. Metal pipes, metal scaffolds, rails, and structural reinforcements must not be used as loop grounds. Welding wire is not damaged and has good insulation.

Dissolved acetylene cylinders (hereinafter referred to as acetylene cylinders) and oxygen cylinders are widely used in welding and cutting in the production process. They are often used at the same time. Oxygen is a combustion gas and acetylene is a flammable gas. Oxygen and acetylene are held separately on the move. In the pressure vessel, there are some problems in varying degrees, such as the acetylene bottle and the oxygen bottle are set in the same place, there is no safety distance; the oxygen bottle is in contact with the grease, the acetylene bottle is rolling horizontally, and is not upright Put it into use; acetylene bottle surface temperature above 40 °C, summer open-air operations without cover; oxygen, acetylene bottles did not leave the remaining pressure, etc., these issues have led to some casualties. Because it dissolves acetylene, there is acetone in the cylinder. If the angle of inclination is below 30 degrees, when the valve is opened (use process), acetone may flow out and mix with air to form an explosive mixture. The explosion limit is 2.55% to 12.8%. (volume). Oxygen cylinders are filled with high-pressure oxygen, and there are physical and chemical insecurity factors: Physical factors: When oxygen is compressed and the pressure rises, there is a tendency to balance with the surrounding atmospheric pressure, when the pressure is between atmospheric pressure and atmospheric pressure. The greater the difference, the greater the trend. When a large pressure difference quickly reaches this balance within a very large space in a very short time, what is commonly called an "explosion" is formed. If this balance is reached over relatively long periods of time through smaller pores, "sparging" is formed. Both can have serious consequences. Chemical factors. As oxygen is a combustion-supporting substance, violent combustion may occur and even an explosive fire may occur in the event of flammable substances and ignition conditions. The 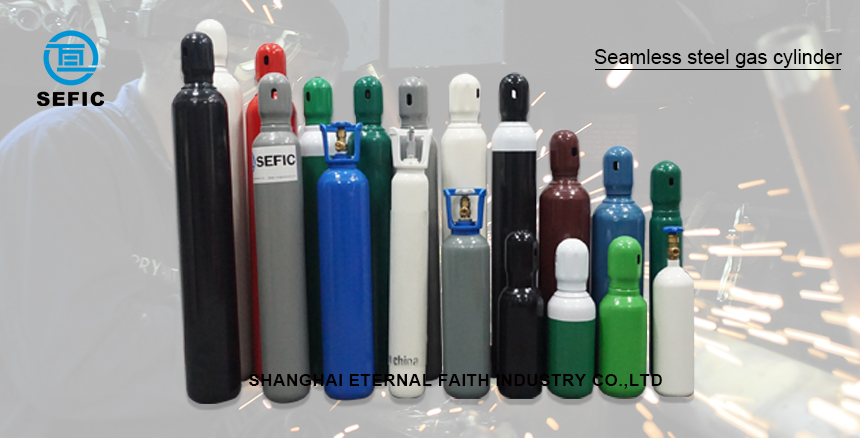 1, "Disinfection of acetylene cylinder safety inspection procedures," Article 50 Acetylene bottle use "At the same time when using oxygen cylinders and acetylene bottles, they should try to avoid putting together; distance from the open fire is generally not less than 10 meters"; between the two bottles There is a clear distance description.

2, "weld and cutting safety" GB9448-1999: In the use of a fire point with a distance of more than 10 meters, but the distance between oxygen, acetylene bottles in China does not seem so clear.

3. In Article 552 of the “Safety of Electrical Work Regulations (Thermal and Mechanical Part)”, “The distance between the oxygen cylinder and the acetylene cylinder in use shall not be less than 8 meters”.

4. The second article of the “Gas Welding (cutting) Fire Safety Operation Regulations” states that “Oxygen cylinders and acetylene cylinders should be placed separately with a spacing of not less than 5 meters.” Safety Regulations for Hazardous Fireworks in the Chemical Industry Standard Factory of the People's Republic of China HG 23011 - 1999